Packing and moving to a new country is not something we do every day, but once you do so this can be a very exciting and life-changing experience. However, making this decision on your own can be difficult. It requires a great deal of thought and research to plan correctly along with a clear course of action. Countries all around the world have developed migrant-friendly policies and initiatives to attract the most skilled and talented individuals to their occupied areas.

Let us take a look at the countries that are looking for individuals who can move in there with their families.

Canada has accepted migrants into their land for decades now. One of the most accomplished groups among these is the citizens of Indian descent.

Canada is especially the first choice of Indian citizens when moving to another country with their families as it provides magnificent landscapes, has universal healthcare, free education, and a social welfare system. It also has a good standard of living, offers some of the world’s best universities, has low crime and violence rates, and has an impeccable social welfare system. Cities like Toronto and Vancouver are a melting pot of various cultures and ideologies. These cities are also global metropolises that welcome everyone.

The country has a large English-speaking population which makes it easier for the Indians living there to communicate. Packers and Movers is a desirable prospect that you might want to explore for yourself or your family.

The best way to describe New Zealand is that explaining what the city does right makes it sound a lot like paradise on earth. The country is quite famous for its incredible geographic beauty from mountains and valleys to rivers and beaches. It is also known for the warm hospitality it offers to its immigrants as the population here is incredibly welcoming.

It is also a great country for raising children. Jobs here are plentiful and sometimes pay more than in Europe. This island country has a good quality of life and progressive governance that cares about its residents. It is among the top ten countries in the world in terms of literacy, quality of education, life expectancy, and living standards. In addition to all this, it provides free or heavily subsidized medical treatment making it a popular choice for moving with families.

The country of Australia is also known as down under. Australia provides its citizens with an exceptional quality of life and a social security system. This comes along with wonderful career opportunities. It ranks second for the quality of its air and access to higher education and fourth for personal safety.

The country is also famous for its free high-quality health care. The cities of Melbourne, Adelaide, and Sydney are ranked among the easiest to live cities in the world. The overall relaxed atmosphere of this country makes it a lot easier for people across the globe to adapt and blend into this lifestyle. The primary language spoken here is also English.

Germany is considered one of the richest nations in the world. It currently serves the role of Europe’s industrial hub. Germany provides some of the best social perks to its people, these include free healthcare, free college education, and retirement plans for its citizens. There are a lot of reasons Indians choose to live in Germany. The primary among these is its low unemployment rate and outstanding welfare system.

This means the state will always look after you. It also has stunning cosmopolitan cities like Berlin, Frankfurt, and Hamburg. It has delicious cuisine and friendly people. The biggest problem you might face here is that the English-speaking population is quite low here. If you can learn the German language before moving here, the prospect of packing and moving to Germany is a rather tempting one.

The Country of Switzerland is home to ski slopes, the best chocolate in the world, and picturesque countryside landscapes. Apart from all these exciting properties, the country also excels at providing great governance to its people. This along with a prosperous economy and an exceptional healthcare system makes it one of the most desirable for anyone packing and moving out of India to be in. It contains

The rest of neighboring Europe is also open to you to simply enjoy.

This is also one of the only countries in the world where you can witness the northern lights. The only thing you need to be careful about in Denmark is that the days are short and nights are long in Norway. In fact, the sun might not be visible for weeks and months altogether.

Also, Read This:- What Services Do Packers and Movers Offer?

The country of Ireland is famous for its gorgeous ancient castles, beautiful green landscapes, and the world’s best beer. There are many things to love about Ireland. The country is well known for its great work-life balance and absolutely the best beer bars in the world. The people around here are very accommodating and always up for a drink. As an added bonus the country is not too big on taxes either. You will also have access to the rest of the European Union which is also a great thing.

Packing and moving to Ireland is not the most difficult thing in the world as you can tell your multinational company that you would like to shift there. If you are a student then you can get into Ireland using a student visa and convert it into a permanent visa eventually when you find a job.

The aforementioned countries are some of the best choices you have for packing and moving internationally with your family. There are many things to consider while choosing the right country for your move abroad. We hope this article helped you in making up your mind about which country you want to move to. Follow the government-mandated precautionary measures and keep yourself hydrated. 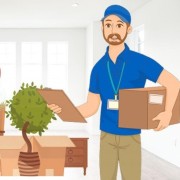 How to Deflect Logistic Troubles during Grocery App Development?

Picking The Right School For Your Child Is A Huge Decision

6 nice reasons to gift somebody a music plaque