Your smile conveys a thousand messages. It is a direct reflection of your entire health and the way you welcome the world. That is why it is important to maintain good dental health. It is essential to follow a dental hygiene programme to keep a healthy mouth. Even with diligent brushing, flossing, and rinsing, you may see stains or yellowing on your enamel and wish for an increase in whitening power.

Teeth whitening technology has advanced significantly in recent years; the days of sticky whitening strips and messy gel trays are long gone. Rather than that, whitening is now quicker and simpler than ever before, thanks to advancements like LED teeth whitening Surrey, which amplifies the effects of whitening gel for more effective, longer-lasting results.

A Comprehensive Overview Of Teeth Whitening

Stains and yellowing may be the result of a multitude of causes, including food, heredity, and lifestyle choices. Fortunately, there are several easy and efficient methods for tooth whitening. Brightening your teeth may help raise your confidence and enhance your entire look – but first, you’ll need to choose the best whitening process for you.

Teeth whitening is accomplish in two ways: physically and chemically. Physical whitening products are composed of mechanical abrasives that remove surface stains from tooth enamel. Similar to how a toothbrush polishes the surface of teeth, this procedure assists in removing the top layer of discolouration but may not eliminate deeply embedded stains or substantially brighten the tone of your enamel. Chemical whitening treatments, like hydrogen peroxide, effectively whiten the enamel.

Hydrogen peroxide is safe to use on teeth and successfully whitens them. This is due to the chemical reaction occurring inside the enamel. When hydrogen peroxide comes into contact with teeth, it oxidises, dissolving the discoloured molecules in the enamel and removing stains. Because the oxidation process is critical for whitening, the contact duration (how long the gel is on the enamel) and concentration (how powerful the whitening gel is) have a major effect on your outcomes.

The Procedure Of An LED Teeth Whitening System

LED is an abbreviation for Light Emitting Diode. It is a sort of light that is use to activate the whitening chemicals in the teeth. The solution is administered by the use of a mouth tray that fits over the front teeth. The whitening solution is activate by the LED light. There are two types of bleaching agents. Bleach-based products eliminate stains on and under the surface of your teeth. Additionally, non-bleach solutions are effective on surface stains only. The types of components and their concentrations vary considerably across goods. You may acquire these LED whitening devices for home usage at a shop or at your dentist’s practice.  Additionally, you may have your dental expert use LED treatments. Treatment systems obtained at or via a dentist’s office are more robust. Typically, the system contains multiple vials of a whitening solution, applicators, mouth trays, and an LED light for daily treatments.

UV light whitening was the first to gain popularity, although it had several disadvantages. UV radiation has been linking to mutations in genes and even to cancer.

While exposure to UV radiation is minimised during teeth whitening, you may choose to try another kind of light that does not pose the same hazards.

Halogen lights provide light via the use of halogen gas and are successful in limited experiments. While halogen lights may assist in tooth whitening, this approach is not frequently used – you may be able to get halogen light whitening only via the best dentist in Surrey.

LED light produces a single hue of visible light – in this case, blue LED light is utilise for whitening. LED light consumes less energy and is more powerful than other forms of light, which enables them to expedite the oxidation of teeth whitening gel. Additionally, they are less prone to warming than other types of light, which aids in the preservation of dental enamel.

At-home whitening devices with an integrated timer and precise heat and light settings, together with a professionally produced sensitivity-free hydrogen peroxide gel, eliminate the guesswork associated with LED light whitening.

Teeth may get discolour as a result of food and lifestyle choices, as well as hereditary susceptibility; fortunately, there are several whitening procedures available to restore your smile’s brightness. To completely whiten teeth, however, a bleaching solution such as hydrogen peroxide must be use. Hydrogen peroxide’s oxidation interaction with enamel disperses the discolouration molecules and eliminates stains.

Numerous lights have been use to whiten teeth. Many, though, have downsides.

UV lights, for example, have been associate with health hazards, although halogen lights may be ineffective. The most popular and extremely effective method of teeth whitening is using LED light, which speeds up the whitening process.

Accelerants may be use to accelerate the oxidation of hydrogen peroxide on teeth for faster, more effective whitening. Light is an effective technique to accelerate oxidation and rapidly whiten. Consider combining LED light and moderate heat to increase the effectiveness of whitening gel. Get in touch with the best dentist in Surrey to get your LED teeth whitening treatment started. 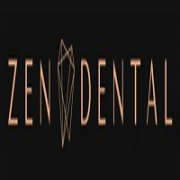 As the marketing manager of Surrey-based Zen Dental Practice, Steven Wright has been highly acknowledged as a specialist in business and marketing. Customer experience and problem solver, he appreciates new challenges that might improve the company's image and branding value. He shares his decades of knowledge with a far broader audience by writing on highly informative dental blogs.

Peek Into Different Advantages Of Foamex Board And Panels