Shivling, the representation of Lord Shiva holds divine power. People often keep this oval-shaped stone on a Yoni base. We can mostly see a Shivalingam mostly in all the Lord Shiva temples and worshipped more than photographs or idols of God. The entire Lingam has two prominent parts. Its upper part is Parashiva symbolizing the formless Reality whereas the lower portion is Parashakti that represents the form. Lingam is a merging of these two elements of nature.

The origin of Shivalingam has various stories linked with it but one of the popular tales is about Lord Brahma and Lord Vishnu’s fight. Once Brahma and Vishnu started quarreling regarding who was superior among both of them. In the midst of their argument, there appeared a gigantic infinite pillar of light. Right after that, a voice from the skies announced that the one who finds the very end of that pillar would be the most highly revered in this entire world. As soon as they heard this, Lord Brahma went upwards and Lord Vishnu chose the opposite direction to find the pillar’s endpoint.

In the quest to gain supremacy, Brahma decided to lie that he found the apex. He found a Ketaki flower on the way upwards and made a pact with her. She agreed to support his lie. Lord Brahma and Lord Vishnu came to the land again where Lord Shiva was present. Vishnu admitted that he couldn’t find the end while Brahma lied. Angered by this, Lord Shiva cursed Brahma that people would never worship him and won’t use Ketaki flower in puja offerings. People believe that this is the day when Shivlingam made an appearance & was worshipped as Shiva’s representation since then.

People call this endless pillar of light “Jyotirlingam”. There is twelve such Jyotirlinga in India namely Somnath, Mallikarjuna, Mahakaleshwar, Omkareshwar, Vaidyanath, Bhimashankar, Sri Ramanathaswamy, Nageshwara, Kashi Vishwanath, Kedarnath, Trimbakeshwar, and Grishneshwar. Each of the Jyotirlinga has a different story behind its existence and all of them are interesting. Additionally, there are celebrations on Mahashivratri where majorly people worship the Shivalingam throughout the night.

As the name suggests, it is the great night of Lord Shiva. The Mahashivratri festival is a reason to celebrate the sacred power of Shiva and Shakti. Some scriptures state that it is the night when Shiva performed the Cosmic dance Tandava while others say that Shiva and Parvati united on this day. It is a spiritual night and highly important for hermits and sages to obtain the consecrated energies. Along with Shivaling Abhishek, People also observe fast & an all-night vigil  to receive blessings of Lord Shiva. There is a natural upsurge of energies on Mahashivratri and therefore, it is an apt time for spiritualists, Shiva devotees, etc. to meditate.

How to worship Shivaling?

Dos and Don’ts while worshipping Shivaling

A Shivalingam is honored as a form of Lord Shiva which is the reason it needs to be handled with care.
People worship it on a regular basis after installing it. People are prohibited from offering kumkum & haldi but one can apply Sandalwood paste to the Lingam idol. Ideally, one can place a Jalpatra over Shivling to ensure continuous drips of water on the Lingam. This helps pacify the elevated energies that the Shivaling carries. Specific items like Bel Patra, Bel fruit, Dhatura, etc. should be offered to the Shivalingam. Daily puja and mantra chanting of “Om Namah Shivaay” should be done in front of the Lingam idol. 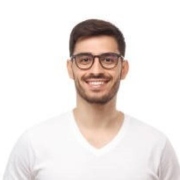 Important Things to Do When Choosing House Moving Company

Life Insurance Misconceptions And How Financial Advisor Can Help

Yummy Cakes For Your Loved Ones on Birthday Occasion

Top 9 Most Important Factors To Consider Before Booking A Hotel