Java is said to be one of the best programming languages in the software industry. Tech professionals prefer Java due to its versatility, powerful development tools and it boosts their income and career opportunities.

Now, the assignment writing services have noted down several reasons why you should study Java programming in the current environment. When it comes to learning Object-Oriented Programming, there are numerous options available to everybody. There are several well-recognized certificates available, and the learning costs are prohibitively low.

Moreover, this object-oriented language is based on one simple principle, “write once, run everywhere”. But are you still wondering whether Java is needed for you or not? Then here are the top 6 reasons to learn Java programming.

The primary reason you should learn Java is its worldwide popularity. The demand for Java developers always stays at a high level every year. According to Statistica, the number of software developers using Java programming has reached over 9 million globally.

Additionally, Java has become popular because it’s an Object-Oriented Programming (OOP) language. An OOP application is easier to develop and hence, programmers can quickly solve a program using this language.

Java developers make a high salary due to its global popularity. According to PayScale, a Java developer earns an average of $69,722 per year. As of October 2021, the average annual pay of the Java developer in the US is around $105,801 per year, almost $51 per hour.

Another reason is Java is very easy to learn and understand. It has been designed to make it beginner-friendly so new software developers can adopt the language in a short time.

Java contains English-like syntax having minimum magic characters that you can read quickly. Though it’s a high-level programming language, the program structure of Java is quite simple.

Moreover, Java has advanced automatic memory management that works in the background. It’s responsible for memory allocation, reallocation and removing unused objects via its software tool called garbage collector. So, once you learn how all these work, you can write programs in Java.

There are mainly two types of Java APIs, the official core Java API and optional API.

The official core Java API includes SE (OpenJDK, Oracle), Android (Google) and MicroEJ. These are the core Java language packages that programmers must use to construct any application using Java programming.

The optional Java APIs can be downloaded individually. Their specifications vary based on the usage by the different software organizations.

Here are some Application Programming Interfaces for Java:

Java has a huge collection of feature-rich open source libraries that you can use everywhere. Whether you develop software for an industry-related purpose or personal use, the Java library can be extremely beneficial for the work.

You can use Java free of charge for developing and testing in different platforms, for example, desktop, web, mobile etc. The biggest advantage is, unlike other program languages, Java offers various powerful development tools to work with. It has many integrated development environments (IDS) like Eclipse, JDK, Oracle, NetBeans etc.

They provide facilities such as code editor, completion, debugging, interpreting, and syntax highlighting. In short, Java IDE provides support in the application development process according to your requirement. 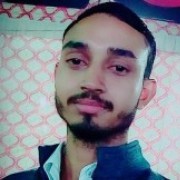 The Concept of Woocommerce Partial Payments