In present times, technological innovations have revolutionized the entire work culture. Now, operation chains mainly rely on automated mode rather than the manual mode. All thanks to advanced IT frameworks. In India, the population figure has surpassed the 135 crore mark. With this population growth, the Indian market has become a highly prospected area for investment. Here, the Indian government has to play an important role in promoting skill development in the form of Coding Bootcamp programs. This will assist India in achieving its growth prospects as per its plan.

According to some industrialists, “the onset of the digital revolution has assisted India to become a great tech ecosystem. Here, the state has to promote innovations in IT frameworks. If the state succeeds in doing so, the fertile ecosystem will easily attract investors across the globe to invest in India. This way, the country will grow to new heights and could emerge as the global player in the IT sector”. Such statements not only provide a prospected image of India as an IT hub but also highlights necessary modifications in IT frameworks.

It is believed that India, even after having high potential and different geographical advantages, is not performing up to the mark. Some reasons behind the country’s failure to emerge as a global player lie in its inadequate IT infrastructure, skill deficit, social causes, education, and so on. All these factors compositely affect the country’s IT growth, due to which India is failing to meet its growth objectives.

Through this post, we will discuss possible reasons why India is failing to meet its growth prospects. Along with it, we will provide a viable solution in the form of reforms and advanced skill uplifting methods, such as Coding Bootcamp.

Before we begin with our topic, let us look at our country’s geological position. India is placed on the southern portion of the Asia continent. This peninsular region has land connections with other Asian regions via the north-western region. Its northern portion has high Himalayan ranges that extend up to its Easternmost tip.

The north-eastern portion, due to the Himalayan ranges and dense forest areas, does not provide accessible facilities for mobilization, due to which it is not treated as a good trade route. If we consider the other three regions of the Indian peninsula, it is surrounded by sea. This provides many opportunities to make trade deals with different nations via the sea route.

Due to its highly strategic geological position, India has attracted merchants from different parts of the world since ancient times. However, the method of business conduction has changed a lot, but the basic routes for logistics and supply chain are still the same.

In the current scenario, the way of business conduction has changed significantly. Now, business people and investors prefer digital channels rather than traditional business methods. Also, the high population in India offers a steady platform for the software-as-a-service (SaaS) sector. Understanding such parameters, the country’s political leadership is also taking bold steps to make India a global leader in the IT field. For this purpose, the government undertook many steps, such as Digital India Mission, Skill India Program, and so on. Although these uplifted India’s growth to a certain extent, the journey is too far.

If we relate India to other countries like Japan, the US, South Korea, Germany, China, and so on., we can find that India has started late than these developed nations. This is why it is not in a position to compete with these nations at this moment. However, if initiatives such as Machine Learning Bootcamp succeeds in their objectives, India’s picture will differ completely from its current stand.

In the Global Innovation Index ranking of 2021, India’s ranking was 46. Whereas, the hierarchy in the previous segment was 4 points below this level. This depicts how India’s technological initiatives have assisted this nation in attaining a higher position on the scale. If we consider the economic aspect of India’s IT sector, we can easily find that the IT sector contributes 8% of India’s total GDP. Hence, the government has to work with private players to bring the country to new levels.

Struggle of India’s IT Sector

Although the government undertook many initiatives for the IT sector’s growth, the path to success is still a long way to go. It is because the current struggle that IT firms are facing is skill deficit. The education in the country mainly emphasizes theoretical education rather than looking for skill development. This creates difficulty for both students as well as industries. When organizations hire new employees, they first need to prepare employees to become suitable for industrial work. Similarly, when students face an entirely different work culture, they face difficulty adapting the same. For recruiting new employees, firms rely on:

Solution For The IT Trouble

After learning about challenges faced by organizations, it is time to share possible solutions for IT sector growth in the country. See, as the sector is facing a shortage of skill deficit, so the first modification is necessary in the country’s education sector. Here, the government has to adopt a policy that emphasizes skill development over factual learning. Also, organizations can hire employees trained via the best online coding Bootcamp. For this, they can check the Teksands candidate-outsourcing platform.

Second, the government needs to simplify the business structure of the country. This will help investors from different parts of the world do business without worrying about policy complexions. These are some possible solutions that could serve the betterment of the IT sector in our country.

Teksands is a leading candidate-outsourcing and Coding Bootcamp ed-tech company in the country. This platform assists candidates to acquire industry-specific skills through which they can grow their professional skills. This platform is also beneficial for organizations because they can hire trained employees. Second, they can tie up with this platform to organize different employee skill development programs. Visit its official site to know more about its services and training structures. 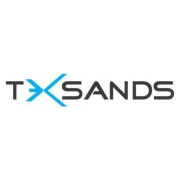 How to Download Archived Zoho Mail emails to Computer?

Business Ideas To Start In 2022

How Does a Robotic Welding Automation System Work?

The ways to evaluate AI and Automation Recruiting Software.

Techniques For Increasing Sales in E-Commerce